World History as a Dialogue of Histories – Prof. Marcia Schenck Brings Students from across the Globe Together in the History Dialogues Project 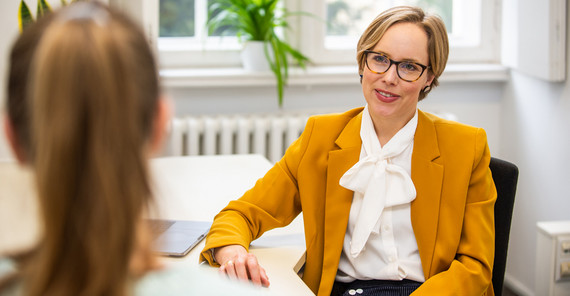 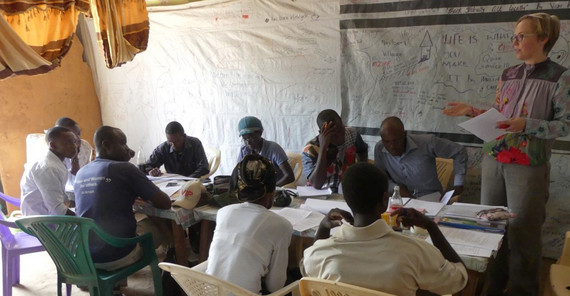 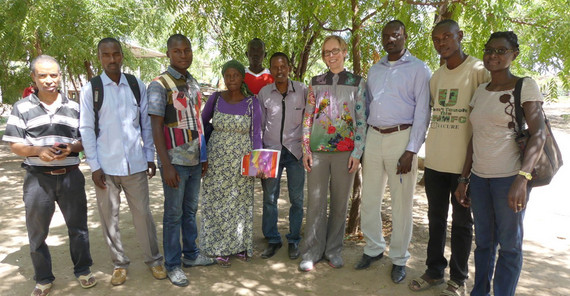 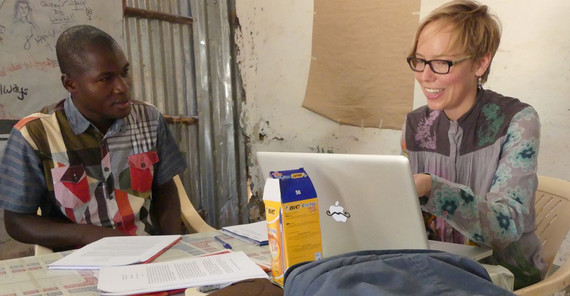 The HDP is a hybrid teaching format that can certainly be described as revolutionary. It combines global and local history, links students from all over the world, and brings them together at the same time in small working groups at different locations. It works digitally and with oral history methods, and includes lectures, seminars, discussions, fieldwork, and a scientific conference. The HDP is just as global thematically as its participants: There are currently 145 students on three continents – from Madrid to Athens, Bishkek to Ho Chi Minh City from Ibadan to Nairobi and, of course, Potsdam.

“In the HDP, global history is created on a small scale,” the historian said. “With incredibly important expertise. That’s because students write about spaces, contexts, and times for which they have unique expert knowledge.” Take Gera Gizaw. He lives in Kakuma, a refugee camp in northwestern Kenya, and has researched and written about the camp in the HDP. “There are many communities here and many stories to tell.” In his project, he studied the kind of life people lead in a refugee camp that was never intended to be a permanent settlement and yet has existed for 30 years. “It's about the unique way of life between permanence and impermanence that is created here – and also what happens to people when they become permanently impermanent,” he explains.

The HDP is part of a two-part course. In the first half, entitled “A History of the World,” students receive an introduction to global history from 1300 to the present and work with written primary sources. With these tools, they venture on to do their own research project in the second part, titled “History Dialogues,” and learn about other methods of historical scholarship, especially oral history. Marcia Schenck uses a learning platform for the course. Students can find all lectures there – which were created in the UP video studios in Golm – as well as reading materials for the seminar sessions, and they themselves also post their completed assignments there. In joint online sessions, the historian then discusses content and upcoming tasks with them (online): What exactly is history? How does oral history work? How are interviews conducted correctly? After the theory semester, students go off into the field. Accompanied by “local teaching fellows,” students conduct interviews, analyze sources, and process their findings in a form of their own choosing – an essay, a podcast, a film; the sky’s the limit.

Antonia Baskakov, who was one of the first Potsdam students to participate in the HDP, used the example of the Stanford College Republicans at Stanford University to examine how global integration is often accompanied by counter-movements – so-called backlashes. “Any inclusion can be perceived as exclusion by those whose privilege-induced monopoly on historiography is challenged,” she explains. Although the coronavirus pandemic threw a wrench in her plans and made it impossible to stay at Stanford, forcing her to conduct her research via Zoom, she speaks enthusiastically of the HDP: “I was intrigued by the idea of representing global narratives from a local perspective. The course was also composed of a diverse mix of asynchronous and synchronous learning and teaching formats: readings, weekly essays, lectures, discussions, guest lectures, methodology seminars.”

Marcia Schenck launched the HDP during her time at Princeton University. Historian Prof. Jeremy Adelman, who teaches there, had developed the “Global History Lab” (GHL) from a “Massive Open Online Course” (MOOC), in which learners from all over the world could study world history together. As a teaching assistant with Prof. Adelman, Schenck herself conducted a course in the Kakuma refugee camp in 2016, in which Gera Gizaw also participated. “It was there that I had the first conversations in which refugees clearly expressed that they did not see themselves merely as passive consumers of global-historical narratives, but would like to advance to become producers of their own narratives,” the researcher explains. “From these conversations, I developed the pilot project of the HDP in 2019, which enables learners with refugee background and students alike to present their own historical narrative.”

There is a method to the HDP’s cross-border approach: Thanks to numerous collaboration projects, participants come from around the globe – the GHL now encompasses 21 institutions from 20 countries. Opening up the traditional book science “history” to the possibilities of digitalization was a prerequisite for this to succeed. Online learning platforms, video lectures with English subtitles and transcripts in multiple languages, as well as seminars via Zoom ensure that language and other barriers that usually still exclude large parts of the world’s population from access to research become surmountable. In the end, all participants benefit from this, according to Marcia Schenck: “Even though we’re bringing students together primarily in digital formats, the HDP has turned out to be a kind of small-scale Erasmus exchange where they learn a lot from each other.” Consequently, the HDP’s research also deals with the guiding theme of “border crossing” – an experience shared by many people whose lives have been shaped by spatial and temporal border crossings. “This may refer to the resident in a Kenyan refugee camp as well as the grandmother of a German student who has never left her village but has experienced three different forms of society,” explains Marcia Schenck. Last but not least, she seeks to use the HDP to take historical scholarship itself beyond its historical boundaries. “A project like the HDP allows us to diversify the narratives we tell, from below – refugees from Kakuma have a different view of flight than researchers who spend time in a camp.” Antonia Baskakov also emphasizes the value that this view beyond the methodological confines of one's own discipline has: “During the course, we looked at those who have a monopoly on writing history in our society because of privilege, what inclusive historiography might look like in the spirit of the slogan ‘Nothing About Us Without Us.’”

For Marcia Schenck, the HDP is a success story that is still gathering pace. “I enjoy learning from my students immensely. It's very rewarding to meet with people from different cultures and discuss the mechanisms of knowledge production,” she says. “Additionally, it’s great to see students find out what they’re capable of and how empowered they come out of the project.” This is evidenced not least by the new website globalhistorydialogues.org, where students can present their project work. “That way, we want to make the narratives accessible to a broad public and for further dialogue. Most of the students from Potsdam published their projects there, although it was voluntary and additional work,” the historian adds proudly. And some of them are just getting started. The three essays Gera Gizaw wrote on Kakuma for the HDP are currently “under review.” He hopes to see them published soon.

The Global History Lab (GHL) refers to the group of now 18 partner universities and non-governmental organizations under the leadership of Princeton University in the US. The GHL considers itself a platform that brings together learners and instructors from around the world to discuss and write global history together across borders. It offers a one-year course consisting of two consecutive courses, “A History of the World” and the “History Dialogues Project” (HDP).