Biomarker offer the possibility of a comprehensive characterization of the general health condition of an individual. In particular, biomarker from the blood provide a minimally invasive possibility to examine the metabolic situation. In addition, biomarker that have been released from tissues into the blood stream can also be used to draw conclusions about the integrity and function of individual organs. This also allows the description of the individual aging phenotype, i.e. of the individual aging process including the development of age-related illnesses.

The Junior Research Group ProAID aims to investigate the potential of oxPTM in blood as biomarker for the health status and the aging phenotype and is interested in the effect of various nutritional interventions. For this purpose, serum samples from different clinical studies are considered, that take into account phenomena of aging or the influence of diet on the health of the subjects / patients. The sample material that will be used is derived from human dietary intervention studies conducted by our cooperation partners at the Charité-Universitätsmedizin Berlin and the German Institute of Human Nutrition.

The intervention studies take into account a broad spectrum of dietary intervention, ranging from a formula diet for massive weight loss, to an increase in dietary protein content, to dietary changes with an increased protein and fiber content combined with an increased intake of monounsaturated and polyunsaturated fatty acids with concurrent reduction of the carbohydrate intake. The subjects recruited for these studies have various nutritional and age-related diseases such as overweight / obesity, insulin resistance, diabetes mellitus type 2 and hypertension.

By analyzing the oxPTM in the blood samples it is our goal to understand the importance of oxPTM as a biomarker and their function for the regulation of various metabolic processes such as disorders of glucose, liver, and fat metabolism as well as insulin resistance, diabetes mellitus type 2 and cardiovascular diseases. In particular, the specific impact of dietary intervention on the nature of oxPTM should be considered in order to derive indications of targeted dietary measures for the prevention and treatment of nutritional and age-related diseases. 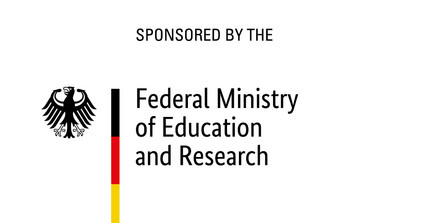