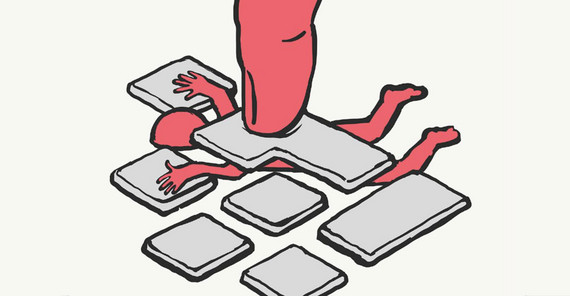 Scrolling through the comment sections of news platforms, one sometimes wishes there was a delete button to remove all the hate mail, insults, and threats so that people can have factual discussions again. This year's winner of the Better World Award presented by the University of Potsdam, Dr. Julian Risch, has indeed found a solution to this problem: A machine learning process that automatically filters out toxic comments so that a team of moderators can decide whether or not to delete them. A quantum leap for communication on the web! Yet the hatred is not gone, it is just switched off for a moment in a defined place.

In a recent study on hate speech at German schools, students as well as teachers describe what it is like to be unable to escape hate speech and be confronted with it on a daily basis, and in increasingly blatant forms. The study is carried out by Potsdam educational researchers Dr. Sebastian Wachs and Prof. Wilfried Schubarth and their colleague Prof. Ludwig Bilz from Cottbus and attempts to identify risk factors for hatred and hate speech, and show what teachers and students can do about it in very concrete terms. As yet, not all the data has been analyzed. The researchers, however, considered the issue so urgent and challenging that they decided to launch a prevention program in parallel.

The program is called “HateLess”, and its subheading “Together against Hatred” indicates that it focuses on the strength of cohesion in a class or school. As the Professor for Educational and Socialization Theory in Potsdam, Wachs has developed the program together with research assistant Norman Krause and master student Marie Richter, for seventh and eighth graders in particular. In five modules, the students jointly learn what makes hate speech so dangerous, where it comes from, and what harm it does, so they can fight it with the right strategy and free their school from hatred and hate speech. As each module builds on the previous one, the program is especially suited for project weeks. A detailed manual navigates teachers through the difficult subject and provides them with didactic tools, illustrative PowerPoint presentations, animated videos, and a short film. Each module has its own protagonist: Anura, Bennet, Carla, Hamza, and Laura, all given their own very individual character by artist Karoline Becker. The protagonists are of the same age as the students, so they can become confidants, and students may identify with them. It also helps that the five protagonists all learn in one class and are as diverse as is typical of heterogeneously composed classes today. Their social, cultural, and family backgrounds are not ignored, nor are their personal characteristics, interests, and experiences. They themselves or their relatives have experienced hatred and hostility, were disadvantaged or discriminated against. Their characters are presented as credible, enabling empathy and reflecting the diversity of life situations at the same time.

In the program, the protagonists lead the students step by step to the module’s objective, helping them on their journey to a school without hatred. It all starts with Clara’s question, “You mean this is hate speech?” Students learn to distinguish between hate speech, verbal abuse, and bullying. Examples help them understand how systematic attacks in words, pictures, and videos encourage people to violate someone’s dignity – not because they don't like them, but because they belong to a marginalized group, such as refugees or people with disabilities. Hate speech always carries a message, an invitation to discriminate against someone.

Once the students have understood this, the second module invites them to search for the underlying reasons and motives. They reflect on what group they belong to, and what its social norms are. But “What is normal?” Hamza asks provocatively, challenging the class to question notions of normality and otherness. In a game with reversed roles, students experience what it’s like to be excluded. Here, at the latest, it is time to speak about hatred on the web, the filter bubbles, echo chambers, clickbait, and online disinhibition that make it so easy to spread cruelty on the Internet and get away with it undetected.

In the third module, Anura speaks up and says, “Words can divide”. She encourages students to think about the consequences for society. Using the world café method, students discuss the ways hate speech affects their lives – at school, in movies, in music, on social media, at play, in sports, wherever. When the learning objective of the module is reached, students will see the potential dangers to democracy and freedom of speech. By changing perspective and putting themselves in someone else’s shoes they understand how much words can hurt. When someone insults you, it helps to grow a thick skin. In the terminology of the HateLess program that means: becoming aware of your inner and outer resources, seeking help and counseling, or at least knowing where to find them in case of need.

“Each and every one of us matters,” is Bennet’s point, too. In the fourth module, he directs the students’ attention to how best to deal with hatred. The concept of moral courage is introduced. Students discuss how to intervene courageously in hate speech situations, and role-play to see which reactions work best. They learn how to resolve conflicts in a socially acceptable way, argue fairly, and strive for constructive solutions. The objective of the module is to become a class without hatred. The students know that rules and solidarity are needed to get there. Reflecting on what they have learned will strengthen their cohesion, too.
Once several classes have completed the program to this point, they may join forces and decide to turn their school into a place without hatred. In the fifth module, Laura therefore suggests setting up an interest group at school, preparing a HateLess exhibition, information flyers, or a podcast episode. There are many ways to share the newly acquired knowledge with the student body and position oneself clearly against hate speech. And most importantly, speak as one.

Funded by the Federal Ministry of Justice and Consumer Protection
Duration: 3/2021-12/2022

Dr. Sebastian Wachs studied educational science and earned his doctorate from the University of Bremen. Currently, he is Deputy Professor for Education and Socialization Theory at the University of Potsdam.
Mail: sebastian.wachsuuni-potsdampde

Norman Krause, M.A., studied educational science/politics and administration in Potsdam and educational science in Berlin. Currently, he works as a research assistant at the Chair of Education and Socialization Theory.
Mail: normankrauseuuni-potsdampde

Marie Richter, B.A., studies educational science at Freie Universität Berlin and works as a research assistant at the Chair of Education and Socialization Theory at the University of Potsdam.
Mail: mariericuuni-potsdampde