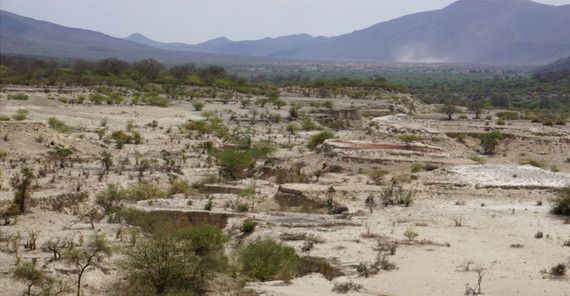 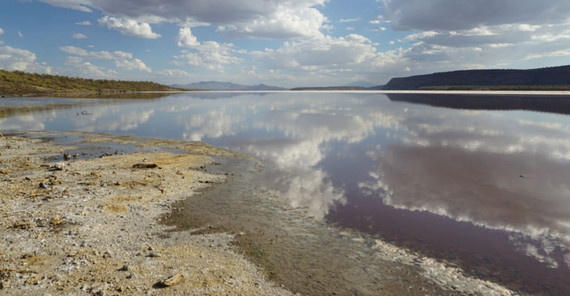 The East African Rift System (EARS) is a new and currently active plate tectonic boundary at which the African continent is being separated into several plates. IT can even be seen from space due to the chain of volcanoes, the elongated lakes and the north-south spanning valley. But does not resample a clean break. The system includes a complex pattern of several rift arms and one or more smaller so-called microplates. According to GPS data, the Victoria microplate is moving in a counter clockwise rotation relative to Africa in contrast to the other plates involved.

Previous hypotheses suggested that this rotation is driven by the interaction of a mantle plume – an upwelling body of hot rock within the Earth's mantle – with the microplate’s thick craton and the rift system. But now, under the lead of Anne Glerum researchers from the German Research Centre for Geosciences GFZ and the University of Potsdam have found evidence that suggests that the configuration of weaker and stronger lithospheric regions predominantly controls the rotation of continental microplates and Victoria in particular. Their findings were published in the journal Nature Communications.

Manfred Strecker, an expert in tectonic processes and professor for general geology at the University of Potsdam, has been part of this research team. His research focus is the explanation of tectonic movements and systems. His research on certain parameters, e.g. geological features that resulted from climatic processes millions of years ago, has shown, that the new computer model of the Victoria plate and its surrounding areas is able to describe the geological evolution in great detail. Thus, geological features of the region can be explained by the new model of Glerum et al.

In the paper, the researchers argue that a particular configuration of mechanically weaker mobile belts and stronger lithospheric regions in the EARS leads to curved, overlapping rift branches that under extensional motion of the major tectonic plates induces a rotation. They used 3D numerical models on the scale of the whole EARS to compute the lithosphere and upper mantle dynamics of the last 10 million years.

“Such large models run on high performance computing clusters”, says Anne Glerum, main author of the study. “We tested the predictive strength of our models by comparing their predictions of velocity with GPS-derived data, and our stress predictions with the World Stress Map, a global compilation of information on the present-day crustal stress field maintained since 2009. This showed that the best fit was obtained with a model that incorporates the first order strength distributions of the EARS’ lithosphere like the one we prepared.”

There are many more continental microplates and fragments on Earth that are thought to rotate or have rotated. The lithosphere-driven mechanism of microplate rotation suggested in the new paper helps interpret these observed rotations and reconstruct plate tectonic motions throughout the history of the Earth.