The New Palace is located at the western end of Park Sanssouci in Potsdam. Part of the University of Potsdam has been located since 1991 in the auxiliary buildings for the New Palace, which is now a museum. The buildings at the Am Neuen Palais Campus have a long and interesting history. They were built as a wing of Frederick the Great’s guest palace, yet over time, servants, soldiers and Potsdam citizens have lived here. After the Second World War, the Brandenburg State University (later the Karl Liebknecht College of Education) moved into and expanded these historical structures. The New Palace has been a UNESCO World Heritage Site since 1990. 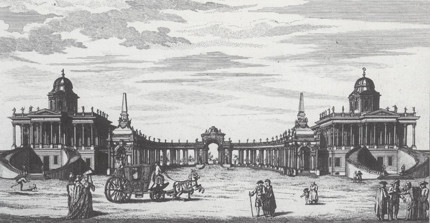 Planning, Construction and Initial Use 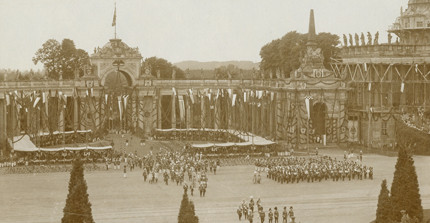 The Palace Falls into a Long Sleep 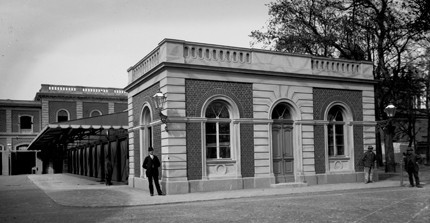 Blooming Anew as an Imperial Residence 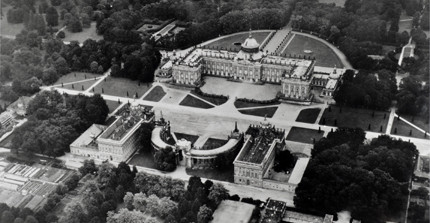 The Interwar Period and the Devastation of the Second World War 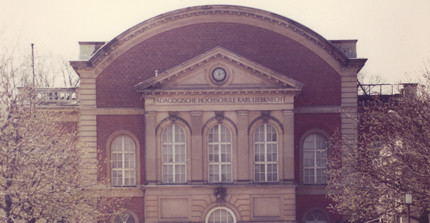 The Brandenburg State University and the College of Education 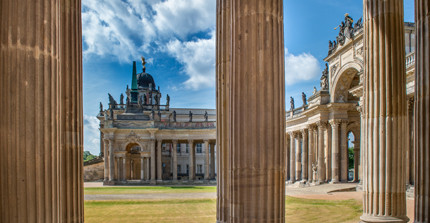