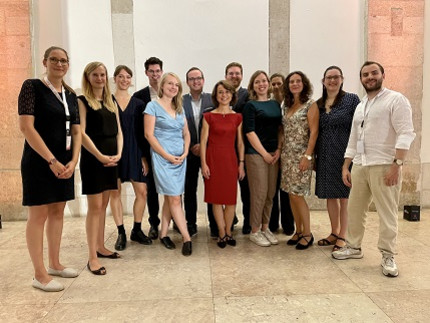 This year's conference of the European Group for Public Administration was attended by Prof. Kuhlmann as Chair of the Permanent Study Group IV: Regional and Local Government, as well as all doctoral students of the chair and former researchers of the UP in the field of public administration. They presented research results, among others, on the digitization of public administration, migration management and climate governance.

Franziska Oehlert and Marie Catherine Reusch presented a co-authored paper with Prof. Kuhlmann on "Local governance of migrant integration in Sweden and France". Tomàs Vellani presented a comparative study on the relationship between administrative culture and climate governance ("A comparison of the governance of climate strategies in metropolitan cities: the influence of local autonomy and administrative culture on governance type"). This paper was written in collaboration with Franziska Oehlert and Janina Walkenhorst.