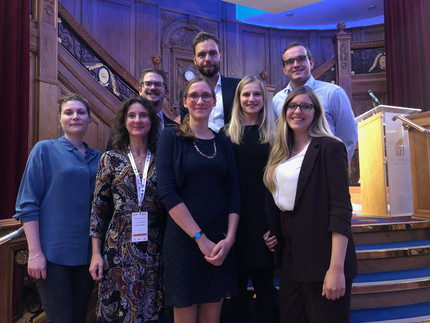 Scientists from the University of Potsdam

The Vice President of the European Group of Public Administration, Prof. Dr. Sabine Kuhlmann, also acted at this year's EGPA Conference in Belfast as Co-Chair of the Permanent Study Group V (PSG) Regional and Local Government. The staff of the Chair Benoît Dumas and Moritz Heuberger also participated in the conference with their contributions - "Reasons for Reforms of School Administration Structures - an Analysis of the German Case" (Dumas) and "Governance of digital administration from a multi-level perspective: The German case or how mismatching coordination between federal levels slows down the digital transformation" (Heuberger). In cooperation with Jörg Bogumil, the contribution to "Local Governments into the Era of Digital Governance? Impacts of the Digitalization on Staff Members and Citizens" by Sabine Kuhlmann, Moritz Heuberger and Susanna Fazio was presented.

Scientists from the University of Potsdam