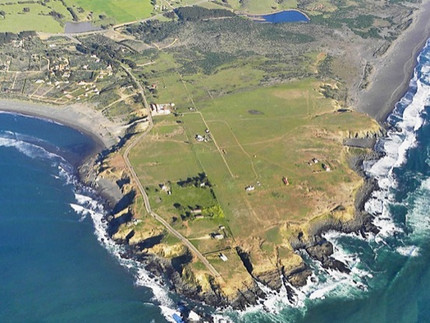 Since decades, cryptic faults have concerned earthquake scientists because of their unexpected presence. Unlike typical faults, cryptic faults pose a hidden seismic potential that is hard to identify before they produce an earthquake. The recent rupture of previously unknown faults such as the 2019 Ridgecrest in California, 2016 Papatea fault in New Zealand and several others highlight the high potential of cryptic fault to produce damaging earthquakes as well as a current gap in our understanding of cryptic faults. In a recent publication in Nature Communications Dr. Julius Jara-Muñoz and co-authors have developed a novel approach to detect these hidden faults and estimate their seismic potential by studying off-fault deformed geomorphic markers such as marine terraces using 1-metre resolution LiDAR topography, optical dating of sediments and space geodetic observations. The authors validated this approach using the Pichilemu Fault, a previously unknown blind fault that ruptured into a Mw ~7 earthquake only days after the 2010 Maule earthquake in Central Chile. The authors were able to detect the fault location and estimating the magnitude and recurrence time of earthquakes affecting this fault. The approach proposed in this study has been recently published in Nature Communications and opens new gates for the development of more accurate active-fault maps and hazard assessments, with far-reaching implications for seismic risk management in coastal areas.