The University of Potsdam has been awarded the Alexander von Humboldt Foundation's Henriette Herz Prize for its concept entitled »Henriette Herz-Hackathons - an agile scouting and branding tool for digital humanities recruitment in higher education«. The award, which is granted only once to eight German research institutions accompanies the foundation's newly developed Henriette Herz-Scouting Program, intended to support universities in Germany in developing concepts for the strategic recruitment of outstanding international junior researchers. The concept was developed by the university's »Network for Digital Humanities«. Thanks to the award endowed with 125,000 EUR, the network will now implement the format of the Hackathon as an innovative instrument for active recruitment in an international context.

Hackathons have been used by companies as an instrument of active recruitment for some time now. In both research and teaching of digital humanities, they are currently also developed into an agile unconference format for team-based and multidisciplinary challenges, data sets as well as for the development of digital prototypes. The pilot project of the university will therefore explore how these two trends can be combined. "To this end, we will invite young international scientists to Potsdam to develop and discuss digital approaches for research, for solution strategies and prototypes in topic- and interest-specific teams," explains Prof. Dr. Birgit Schneider, also spokeswoman of the Potsdam network. In line with the University’s internationalization strategy, the Hackathons will each focus on global topics, such as “Digital Cultural Heritage” or 'Digital Enviromental Humanites'. 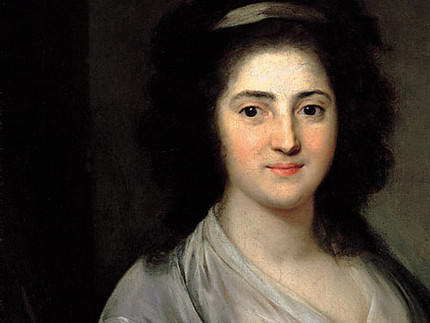 With the Henriette Herz Prize, the Alexander von Humboldt Foundation supports promising pilot projects for the active recruitment of outstanding junior researchers from abroad. Furthermore, the award is intended to draw attention to the new Henriette Herz-Scouting Program and to make instruments of active recruitment more widely known in Germany. The Henriette Herz-Scouting Program, launched in 2020, offers new ways of access to Humboldt Research Fellowships. Under this program, professors from German research institutions can apply as scouts: once selected, these “scouts” are granted the opportunity to propose up to three outstanding international junior researchers for Humboldt Research Fellowships.