„At that time, physics was not considered to earn one a living. My parents were forced to be very thrifty; so my father explained to me that he did not know how to help me study physics in any other way than by taking medicine with me.“

Many branches of science are based on Helmholtz's achievements. But even everyday things, such as loudspeakers or medical machines, can be traced back to the findings or inventions of the great natural scientist.

Helmholtz left his mark on all important areas of physics - from electrodynamics, acoustics and optics to fluid dynamics. On the occasion of his 200th birthday, the University of Potsdam, in cooperation with proWissen Potsdam e.V., would like to design a PhänoMINTa to present Helmholtz's achievements for our time and world today.

The exhibition, which will be on display from July to August on the Science Floor at the Bildungsforum Potsdam, places Helmholtz's numerous inventions and achievements in a contemporary context. Which principles of nature that are taken for granted today are based on Helmholtz's work? Which misconceptions did the scientists of the 19th century believe, and which everyday phenomena can be explained by Helmholtz's discoveries? How do you illustrate Helmholtz's scientific questions? How can we make it possible to see and experience how and with what the researcher occupied himself throughout his life? The PhänoMINTa is intended to trace Helmholtz's research processes, explain methods and illustrate paths of discovery.

„At that time, physics was not considered to earn one a living. My parents were forced to be very thrifty; so my father explained to me that he did not know how to help me study physics in any other way than by taking medicine with me.“ 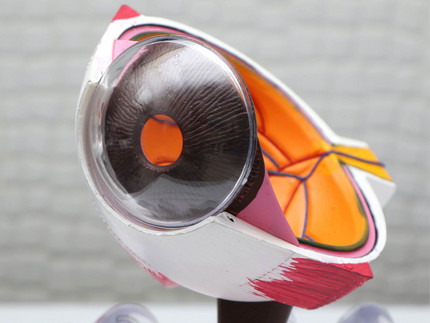 Until the invention of the ophthalmoscope, it was impossible for a person to look through the pupil into the back of the eye. The observing physician always stood with his head in the light, which thus could not pass through the pupil. In 1850, Hermann von Helmholtz, who had been studying optics in depth for just three months, invented the ophthalmoscope, for which he used a simple principle: In order to stay out of the way of the light source, Helmholtz used a semitransparent mirror to send the light through the pupil without the doctor himself obscuring the light source. This made it possible for the first time to observe the branching vascular tree in the eye, the different widths of the veins, or even the point of entry of the optic nerve. Helmholtz's ophthalmoscope is one of the few inventions that was able to spread all over the world because he was able to use such a simple functional principle. Moreover, the ophthalmoscope gave an important impetus to the foundation of ophthalmology. The ophthalmoscope - modernized with minor adjustments - is still in use worldwide.

If you would like to look your friend in the eye and follow the path of light, try it out for yourself with the help of our Helmholtz hands-on home experiments and learn something about how and why we can see in the first place. 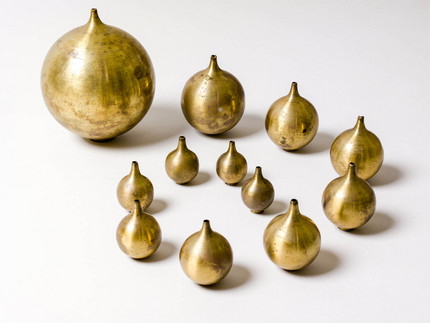 Everyone knows how to blow into an empty bottle and produce a sound. The sound of the tone depends on the shape of the bottle, or in physical terms: the column of air inside the bottle vibrates at a certain frequency, which depends on the shape of the bottle. Helmholtz built such an acoustic resonator to detect the fundamental tone in a mixture of different tones. In his work "Lehre von den Tonempfindungen", Hermann von Helmholtz formulated important findings on vibration modes and resonance. In essence: In every sound mixture there is a fundamental tone. In order to be able to detect it better, he developed a resonator that amplifies the respective fundamental tone thanks to an opening in the resonating body. The principle of the Helmholtz resonator is still used today - just like the principle of the ophthalmoscope - in musical instruments, in loudspeakers and in devices that dampen sound waves in concert halls and conference rooms.

Back to the bottle: What does actually happen when you record the resonance sound of the bottle and play it from a loudspeaker near a bottle? Can sound move a bottle? If you want to dive into the "sound" worlds of Helmholtz resonators, you can explore the phenomena of acoustics with our Helmholtz hands-on home experiment. 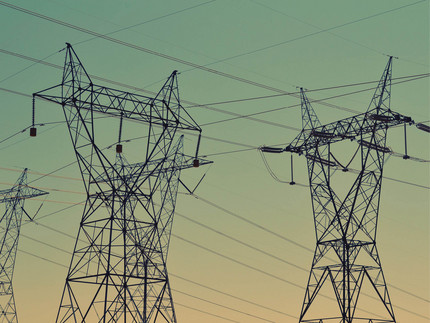 Although in everyday life we often speak of "energy consumption", "energy waste" or even "energy production", such processes are simply a conversion from one form of energy to another. Energy occurs in very different forms: for example, in the radiation of the sun, as heat, as kinetic energy of the air, or as chemical energy stored in our pasta. These forms of energy can be converted into each other. In each energy conversion, the total amount of energy is conserved. This principle is known as the first law of themodynamics. Hermann von Helmholtz formulated the law of conservation of energy as a generally valid principle in his 1847 paper "On the Conservation of Force." A particularly clear and simple formulation, which goes back to Helmholtz, reads: "Energy can neither be created nor destroyed. It can only be transformed from one form to other forms or transferred from one body to other bodies."

If you would like to see that a fuel cell can be built from ordinary yeast, which we normally use to bake cakes, you are cordially invited to explore how yeast can generate electrical energy with this Helmholtz hands-on home experiment. The „yeast fuel cell“ is even environmentally friendly - a technology of the future!