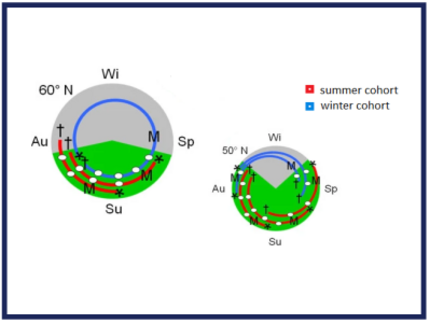 In natural populations, iteroparous small mammals are regularly confronted with fluctuating population densities which is connected to different life-history trajectories. Those trajectories may co-vary with behaviour, specifically with consistent individual differences in behaviour.

Thus, we are investigating whether there is there a fluctuating adaptation of animal personality types to (predictable) population density trajectories, and whether or not there is individual plasticity in personality traits over time, during which both density and season are changing.

We are conducting a long-term experiment, where we set up experimental populations of different population densities in large outdoor enclosures, creating near natural conditions. Individuals are monitored and their personality is repeatedly assessed throughout the experiment via regular life trapping and personality testing on site.

Eccard JA, Herde A (2013) Seasonal variation in the behaviour of a short-lived rodent. BMC ecology 13:43