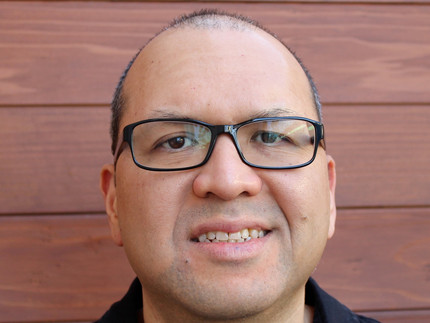 Keith L. Camacho is a Professor of Asian American Studies at the University of California, Los Angeles. His research examines the ways in which Japan and the United States have colonized the Mariana Islands and related locales in Oceania, as well as disavowed the political agencies of Chamorros and other Pacific Islanders. His award-winning monographs and co-edited collections evidence this intellectual trajectory about and political intervention against empire. The notable works include Reppin’: Pacific Islander Youth and Native Justice (University of Washington Press, 2021); Sacred Men: Law, Torture, and Retribution in Guam (Duke University Press, 2019); Senka wo Kinensuru: Guamu Saipan no Rekishi to Kioku, Translated by Akira Nishimura and Yasuki Machi (Iwanami Shoten, 2016); Cultures of Commemoration: The Politics of War, Memory, and History in the Mariana Islands (University of Hawai‘i Press, 2011); and Militarized Currents: Toward a Decolonized Future in Asia and the Pacific (University of Minnesota Press, 2010). His research has also been supported by the American Council of Learned Societies, the Fulbright Program, the John Simon Guggenheim Memorial Foundation, and the Luskin Endowment for Thought Leadership. Presently, Professor Camacho is studying Pacific Islander and Samoan forms of community service, public protest, and youth rebellion in Aotearoa New Zealand and the United States.