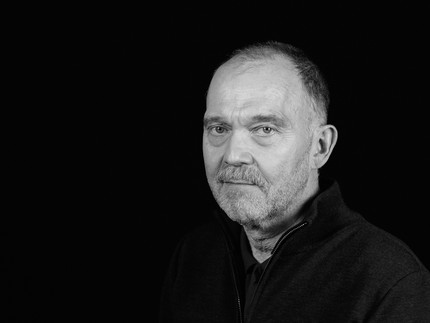 Frank Scherbaum studied physics and geology at the University of Tübingen. He obtained his  Dr. rer. nat. and   Dr. rer. nat. habil.  degrees in geophysics from the University of Stuttgart in 1980  and 1986, respectively. He worked as post-doc (under Max-Kade and Heisenberg fellowships) in Boulder/Colorado (1983-1984 and 1984-1986) and in Tsukuba/Japan (1988-1989). In 1989 he became Professor of Geophysics at the Ludwig-Maximilians University.  In 1997, Frank Scherbaum moved to the newly founded University of Potsdam, where he held the chair in geophysics until 2016. Frank Scherbaum has worked on a wide variety of scientific problems, reflected in three books, several book chapters and more than 120 journal papers on topics as diverse as the structure of the core-mantle boundary, scattering of seismic waves, local site effects, digital filters, array seismology, and probabilistic seismic hazard analysis.

His book Of poles and zeros  is widely used as an introduction into digital seismology. He has also authored and co-authored several software packages for digital signal processing in seismology and seismic hazard analysis (PITSA, FIR-filter correction, network optimisation, model selection, mathSHA).

Frank Scherbaum has also served on numerous national and international boards  (e.g. most recently Board of directors of  the Seismological Society of America, Fachkollegium Geophysik/Geodäsie of the Deutsche Forschungsgemeinschaft) and is an elected member of the National German Academy of Sciences Leopoldina (since 2005).

In addition, for many years he has conducted and participated in seismological field work in a large variety of rather remote places (from the Egyptian/Libyan desert to Alpine glaciers to the Amazone jungle, just to name a few places) which turned out to be a good preparation for the recently conducted ethnomusicological field work.

Besides physics and geology, Frank Scherbaum has also been actively involved in musicology. During his time at the University of Tübingen, he additionally studied musicology for two years. His interest in musicology and acoustics has influenced his seismological research as well as his teaching and outreach activities. For example, together with his students Vera Schlindwein and Joachim Wassermann, he investigated volcanic tremor signals using principles from musical acoustics (Schlindwein et al., 1995). Furthermore, in cooperation with the composer Wolfgang Loos, he published a CD titled Inner Earth: a seismosonic symphony, which uses seismic signals as raw material to generate sounds. He also gave numerous (more than 25) national and international public lectures on the musical properties of the Earth.

In the year 2011, Frank Scherbaum became interested in traditional Georgian vocal music as an amateur singer and researcher. His first teacher, Frank Kane, used to conceptualise Georgian singing as “vibrational sharing”,  a concept which stimulated a series of seismologically inspired experiments to  quantitatively investigate the generation of  body vibrations during singing (Scherbaum et al., 2015).  Motivated by the  results, he went to Georgia in 2015 for a first feasibility field study  to investigate the potential of body vibration recordings  for ethnomusicological research. It turned out that the recordings of body vibrations  using  larynx (throat) microphones significantly facilitate an undistorted documentation of the contribution of each singer while all of them are singing together in their natural context (Scherbaum et al., 2016).

During the summer of 2016, Frank Scherbaum (in collaboration with Nana Mzhavanadze, then Ilia State University, Tbilisi), performed a three-month field expedition in Svaneti, Georgia. In this expedition, they recorded a new research corpus of traditional Georgian singing, praying, and lamenting (Scherbaum et al., 2017). This corpus comprises audio material for more than one hundred songs including more than one thousand audio tracks based on different types of microphones (headset, larynx, ambient, directional), video recordings, as well as written documents of extensive interviews with the performers. In particular, the systematic use of larynx microphones, which has never been used before on a larger scale in ethnomusicological field expeditions, opens up new avenues to apply computational methods for studying tonal aspects and the interaction between singers in polyphonic singing (<link file:282932 - up-document-link>Scherbaum et al., 2019</link>).

During the 7th International Symposium on Traditional Polyphony in Tbilisi, Frank Scherbaum was introduced to the legendary ethnomusicologist Simha Arom. Best known for his work on African Polyphony and Polyrhythm, he had also started to work on Georgian music, trying to decipher its musical grammar using score analysis. This meeting was the beginning of a collaboration which still continuous today.

In October 2015, during the 16th  International Society for Music Information Retrieval Conference in Malaga, Frank Scherbaum met Meinard Müller, professor for semantic audio processing at the University of Erlangen and one of the world leaders in music processing. This was the beginning of an ongoing cooperation which finally resulted in the joint research project Computational Analysis of Traditional Georgian Vocal Music, funded by the German Research Foundation [DFG MU 2686/13-1, SCHE 280/20-1], which is running from 2018 to 2022.