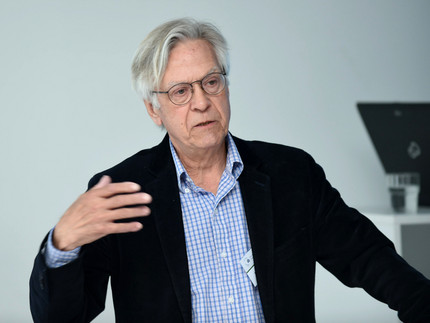 Bryan Turner is one of the world’s leading sociologists of religion; he has also devoted attention to sociological theory, the study of human rights, and the sociology of the body. His recent research involves the role of religion in contemporary Asia and the changing nature of citizenship in a globalizing world.
Turner has written, coauthored, or edited more than seventy books and more than two hundred articles and chapters, including most recentlyThe Religious and the Political: A Comparative Sociology of Religion (2013) and Religion and Modern Society: Citizenship, Secularisation and the State (2011), both published by Cambridge University Press.
In Vulnerability and Human Rights (2006), he presents an interdisciplinary dialogue with the literature of economics, law, medicine, philosophy, political science, and religion. The Body and Society: Explorations in Social Theory (2008), first published in 1984, is in its third edition. He is also an author or editor of the Cambridge Dictionary of Sociology, Blackwell Companion to Social Theory, and Sage Handbook of Sociology. He is a founding editor of the journals Body & Society, Citizenship Studies, and Journal of Classical Sociology.
Turner has had university appointments in Europe, Australia, Singapore, and the United States. He holds a Ph.D. from the University of Leeds and has been awarded the Doctor of Letters from both Flinders University in South Australia and the University of Cambridge. In 2015 he was awarded the Max Planck Research Award. From June 2016 Turner is the Director of the Centre for Citizenship, Social Pluralism and Religious Diversity in Potsdam.

The Modernization of Sex – Marital, Familial, Reproductive and Sexual Pluralism

The Max Planck Award refers to social and religious pluralism. For most social scientists that would mean for example legal, cultural and religious pluralism. In this lecture and in our Potsdam research programme, I want to consider the pluralization of courtship, family, marriage and reproduction. We are familiar with the basic demographics: late marriage if at all; low fertility rates; divorce on demand; serial monogamy; grandparents as child minders; prolonged sexual activity in the context of extended life expectancy. These developments were described in the influential Beck and Gernsheim-Beck [1990] (1995)The Normal Chaos of Love. Some 15 years after the German publication we need to add two important developments. The first is the growing acceptance of same-sex marriage especially in the controversial Supreme Court decision recognizing so-called gay marriage. We need to take into consideration the crisis within the Roman Catholic Church (and to a similar extent in orthodox Jewry, evangelical Christianity, and Islam) around homosexuality, sex scandals, gay priests, the lobby for married priests, the ecclesiastical status of divorcees, contraception, abortion etc. With my colleague, Rosario Forlenza, we call this struggle the crisis of the ‘last frontier’ as an answer to the question – why has sex become the marker of religious orthodoxy? The second development concerns the impact of biotechnology, medical innovation, nanotechnology and so forth on sexual pleasure (male and female Viagra), cosmetic surgery, looking good and feeling good consumerism, and the project of human longevity (See B. Turner and A. Dumas 2016 L.Antivieillissment. Vieillira a l’ere des nouvelles Biotechnologies). These developments in extended life expectancy add up to what I want to call ‘Late Love’ – romantic attachments and prolonged sexual activity in late life. The sum total of all these interconnected developments constitutes ‘the modernization of sex’.