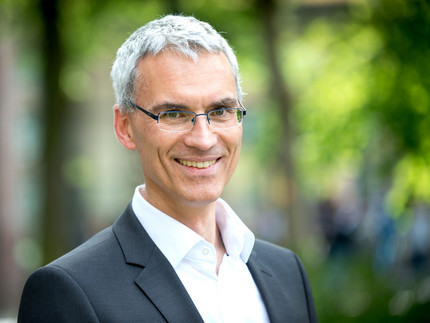 Jürgen Mackert is Professor of Sociology at the Faculty of Economics and Social Sciences at the University of Potsdam. His research interests include sociological theory and methodology; the theory of social closure; collective violence; political economy; the sociology of citizenship. Recent publications: The Secret Society of Torturers. Explaining the Social Generation of Extremely Violent Behaviour. International Journal of Conflict and Violence, 2015; Explaining Terrorist Behavior. Secrecy, Social Relations, and the Dynamics of Terrorism. Revue de Synthèse, 2014; Social Closure, in Jeff Manza (ed.), Oxford Bibliographies Online. Oxford: Oxford University Press. Currently, with Bryan S. Turner he co-edits The Transformation of Citizenship, 3 volumes, 2017.

Citizenship as we knew it no longer exists. During the last decades, neo-liberal transformations of the political economy have hollowed out the once crucial institution of social citizenship. While the erosion of citizenship is undeniable, the sociology of citizenship needs new ideas for understanding the impact of a fundamentally transformed global political economy on the foundation of citizenship as a social institution. The power balance of market, state, and civil society that characterized modern citizenship regimes used to mean three things. First, it meant a political system where national politics determined sovereign decision-making and citizens were largely convinced that voting made sense for their personal lives. Second, it meant respect for the citizens’ private sphere and thus, protection from state arbitration in the classical sense. Third, it meant developed welfare states providing some social provision of education, health and pensions

Obviously, this model is no longer adequate, Thus, the lecture concentrates on two aspects of debates surrounding the new global political economy and citizenship. First, it considers liberalism’s conceptual separation of the state versus the economy. Although historically indefensible, this division informed T.H. Marshall’s conception of citizenship and serves as an ideologically powerful template for contemporary neo-liberalisms’ ‘free market’ apologists. Second, in spite of ongoing dualistic perceptions of the state on the one side and the market on the other, we should consider the growing power of corporations as not necessarily coinciding with the market’s interests. This is an important argument that should be broadened in order to recognize the role of powerful actors within the global political in general.

The lecture starts by briefly reconsidering the roots of liberalism’s conceptual division between the state and the market. Next, it shows Marshall’s theorizing on citizenship as problematic because this divide served as his foundation and because he wrote within a different context. In a third step, I outline major transformations within the global political economy that contradict the validity of the distinction – one that until very recently has served neoliberals as a vehicle to argue for the ‘self-regulating market.’ Finally, I point to some of the serious consequences of the new global neo-liberal regime for citizenship rights.