The Centre for Citizenship, Social Pluralism and Religious Diversity is a space of international critical and vivid sociological and interdisciplinary debate on today’s world’s major economic, political, social and cultural problems and challenges.
Founded in 2016 by Professor Bryan S. Turner, one of the world’s leading sociologists and recipient of the International Max Planck Research Award in 2015 – the most prestigious individual science prize in Germany, awarded by the Max Planck Society and the Alexander von Humboldt Foundation – the Centre is run and coordinated by a committed and dedicated  team. Bryan S. Turner was subsequently awarded an Honorary Professorship at the University of Potsdam in 2016.
Following the main interests of the prize winner since its opening, the Centre’s research has concentrated on a number of the most far-reaching and severe transformations that challenge modern societies, their economic, political and social foundations as well as ideas of pluralism and diversity against the background of democratic infrastructures, rules and institutions.
Consequently, citizenship – the core institution of modern liberal democratic societies – lies at the heart of a plurality of the problems of modern society, such as the transformation of the foundations of social membership, citizens’ opportunities to realise their life chances, and the preservation of social solidarity and cohesion in the face of austerity, social inequalities, precarious labour conditions, and growing diversity and competition in all realms of social life. We conceive of these issues as related to citizenship, understood not only as a legal instrument but as a shared status of all citizens in a society that allows for social solidarity amongst all of them and that constitutes a secular public identity in the face of economic differences, social pluralism and growing ethnic and religious heterogeneity.

What do we do?

Without any doubt, recent decades – especially since the beginning of the 21st century – have witnessed the peculiar significance of citizenship as severely threatened. Therefore, debates and research at the Centre assume that we observe a hollowing-out of liberal democracy and a far-reaching erosion of citizenship that both compromise historical achievements resulting from class struggles and the dynamics of social movements. The Centre is thus committed to a perspective of critical sociology that addresses global and local processes of and in modern societies, their effects on the social state of affairs, as well as forms of resistance and counter-movements in various spheres and on different scales.
Research interest therefore encompasses the analysis of the transformation of citizenship as a concept, the impact of neo-liberalism on democracy, the financial crises and Europeanization of Western democracies; the rise of right-wing populism, neo-fascism and authoritarianism all over Europe and the West; the de-democratisation of cities from spaces of public debate and political organisation to spaces of investment and revenues; and no less, research is oriented towards major rights issues such as gender and sexual minorities’ rights in a context of ageing societies, religious conflicts and migration.

The Centre’s central aim is to operate as a place of intensive debate and exchange about ongoing severe transformations in today’s world. In order to accomplish this task, we organize annual international conferences and thematic lecture series, we cooperate with Scholars at Risk and Off University working to defend the rights of academics at risk. PhD theses are written and supervised at the Centre, and international scholars associated to us for mutual intellectual benefit. 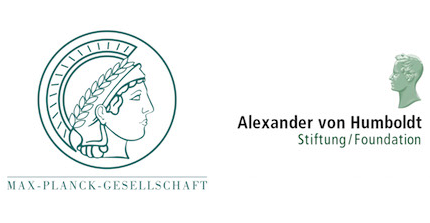