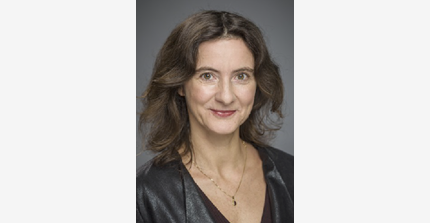 Photo source: Ministry of Press and Information of the German federal government

Where do you work?

I hold the chair for political science, administration and organization at the economics and social science faculty of the University of Potsdam. In addition, I am the deputy chairwoman of the National Regulatory Control Council of the Federal Government of Germany (NKR) based in the Chancellery and as a scientific expert for various public clients (especially state governments) on questions of administrative reform.

What did you study?

I studied social sciences, then did my doctorate and finally did my habilitation.

How did you come to work as a political advisor and who do you advise on which topics?

I came to my position through an informal request. As deputy chairman of the Regulatory Control Council, I advise the Federal Government on issues such as better regulation and administrative simplification.

As a scientific expert, I also advise state governments on issues of administrative structural reform, regional reform and functional reform.

What were the last three things you did in this role?

Do you advise alone or in a team?

We advise in a team and coordinate with each other.

Do you advise impartially or do you also use your office to implement your own political ideas?

No, I advise impartially.

What makes a successful consultation for you? What are the greatest successes that you have achieved with your work?

For me, the criteria of a successful consultation are when the addressee takes up points of the consultation, implements them, and thus improvements can be achieved; if transparency / evidence can be created about certain facts, effects, etc.; decisions are made more evidence-based and thus become “better” and if a contribution has been made to objectifying public debates or decisions.

For me, successes are consulting processes in which exactly this could be achieved, which not always but sometimes happens. In the Regulatory Control Council, the reduction of compliance costs and the improvement of legislative proposals after criticism of the NKR are also a success.

Desk work or communication? What predominates in policy advice?

In the Regulatory Control Council, communication predominates, while my political consultations for state governments and scientific reports are dominated by paperwork.

How does the communication between science and politics work? Do conflicts sometimes arise, are there differences in the cultures of thought?

Yes, politics always has to do with questions of power and interests, science, on the other hand, represents factual logic and evidence-based. Both approaches must be interlinked in the consultation.

Does the consulting work also influence your own scientific work? Do you benefit from it?

Yes, I benefit very much from the consulting work. Scientific knowledge can be fed back into practice and practice inspires new scientific topics and shows new fields of research. Both sides benefit from the mutual transfer.

What makes political consultations particularly exciting for you?

To feed back scientific knowledge with practice, to gain new knowledge through insights into real administrative and government practice and to feed scientific evidence into concrete decision-making processes and public debates, especially when it comes to the perception and partial implementation of scientific recommendations and advisory content by the decision-makers.

Your tips for young professionals?