Alexander von Humboldt expressed highly critical views of the sociopolitical grievances that he observed during his American journey (1799–1804) through the colonies, including for example the phenomenon of slavery. His political engagement against slavery was one of his most passionate stances up to the end of his life, and this also found literary expression within some of his works.

This Ph.D. project aims to conduct research and contextualization of Alexander von Humboldt’s statements regarding slavery, primarily from the perspective of literary studies but also of cultural studies. Such perspectives on a topic that is at its core sociopolitical in nature can provide insight into Humboldt’s strategy as an author, literariness, style, and also the importance of his observations regarding slavery for literature and society, both during and after Humboldt’s lifetime.

This literary examination and analysis focuses particularly on the literary forms of representation of slavery in Alexander von Humboldt’s travel journals. I am especially interested in the topic of the rhetoric of emotion and his empathy towards the slaves. Furthermore, this project will seek to elaborate a specifically Humboldtian approach in his arguments against slavery. I will pursue the question of what makes Humboldt’s approach innovative or modern, and to what degree the author remains loyal to his intention of “combining a literary aim with a scientific purpose” with regard to slavery. Moreover, the project will discuss whether and why Humboldt was less clear in his denunciations of abuses in the Americas in those works published during his lifetime, such as "Essai politique sur l'île de Cuba,” than in his journals. 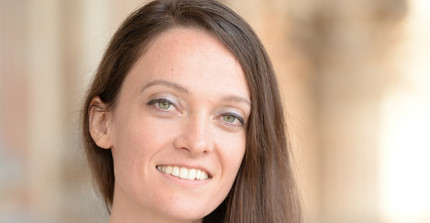