The project will deal with the comparative analysis of territorial, functional and political dimensions of intermunicipal cooperation and amalgamation: both in Italy and in Germany there is an ongoing and widespread debate on the possibility and presumed advantages of cooperation or amalgamation that would let municipalities perform their increasing tasks in more effective and efficient ways. Insufficient attention, however, appears to be paid to the analysis of alternative strategies (single- or multi-purpose cooperation, joint ventures, public-public or public-private partnerships etc), to the political underpinnings of the strategies proposed (or ignored), and to the difficulties that reforms have come across on repeated occasions. Especially failed reforms may signal that a power struggle between government levels may be occurring, which would make considerations of mere effectiveness and efficiency inadequate to understand the complexity of the phenomenon.

Using a political science and public policy method of research, investigating processes and results in both countries, and analyzing the history of the debate and initiative in the field, the project will pursue several scientific objectives: the identification of the range and diffusion of different types of cooperation and amalgamation, the analysis of their respective implementation processes and outcomes, and the evaluation of possible transfer of experiences from one country to the other. More indirect objectives concern the analysis of local government in the two countries, and of the strategies and resources that different actors use to influence the reform processes: this will contribute both to the fundamental, theoretical knowledge of Multilevel governance structures, and to the evaluation of viable transfer from one country to another.

The fulfillment of these objectives strongly depends on comparative analysis, which makes exchange between the two research groups an invaluable asset. 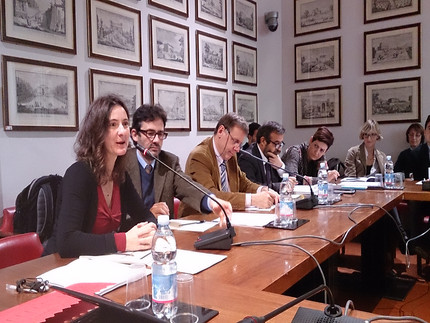