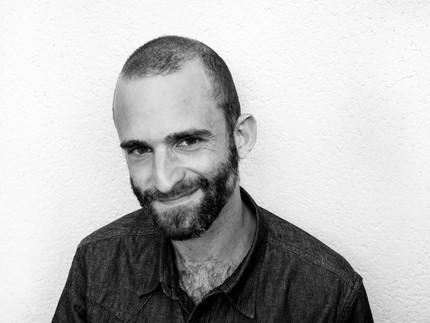 Born in Japan in 1986, it is with Gregorian singing and classical percussions that French composer Florent Caron Darras began his musical career. After his Master’s degree in research on contemporary Japanese music at Paris-Sorbonne, he studies at the Conservatoire de Paris (Cnsmdp) where his work was awarded by two Master’s degrees and four awards in Composition (Stefano Gervasoni and Luis Naón's classes), Improvisation, Analysis (first class honour prize), and Aesthetics (first prize with congratulations for an essay about music and soundscape). After the obtention of the Agrégation (higher degree in music), he teaches at the Université catholique de l'Ouest and pursue research on Georgian polyphony with Simha Arom. Willing to improve as a composer with renown musicians, he namely met and receive advices from Tristan Murail, Toshio Hosokawa, Mark Andre, Raphaël Cendo and Yann Robin, before to be selected to follow the Cursus program on composition and computer music at IRCAM.