An extra-ordinary exhibition – Herder and Barons – providing insight into the early history of collecting folk songs during the Age of Enlightenment, will be opened at 16.00 on 2 March in Level 4 atrium of the National Library of Latvia (NLL). Free admission.

The Cabinet of Folksongs (Dainu skapis), located on the NLL's Level 5, which contains manuscripts of folk songs from all over Latvia and is listed in the UNESCO Memory of the World Register, and the comprehensive collection of folk songs Latvju dainas (Latvian Folksongs) are both creations of Krišjānis Barons (1835-1923) and have a peculiar background story. Folk songs had already caught the attention of European intellectuals during the Age of Enlightenment, and German pastor and thinker Johann Gottfried Herder (1744-1803) played an important role in discerning their value and the early days of their collection.

In 1764, Herder arrived in Riga to work at the Riga Cathedral School and serve as a pastor. Over the next years, while residing both in Riga and elsewhere in Europe, he began to pay more attention to the study of the folk songs of different nations, including Latvian ones. A significant role was played by the Vidzeme encyclopaedists and Baltic pastors who, at the request of Herder, began to collect folk songs in 1777 to send to him at Weimar in Germany.

On the publication of Herder's collection Volkslieder (Folk Songs, 1778/1779) and the slightly modified, posthumous Stimmen der Völker in Liedern (Voices of the People in Song, 1807), which also included folk songs collected in Vidzeme, folk songs became popular reading matter across Europe and the world.

The exhibition invites visitors to look into the 18th century world thinking, find out how Herder discovered Latvian folk songs and created the first collection of folk songs, as well as trace the path leading from Herder's activities to Barons' Latvju dainas.

The exhibition content was developed by Beata Paškevica, PhD, and Pauls Daija, PhD, leading researchers at the NLL's Letonica and Baltic Centre. For its part, the exhibition's ingenious design was created by artists Dace Izabella and Kristaps Grundšteins, together with sculptor Sandis Aispurs. 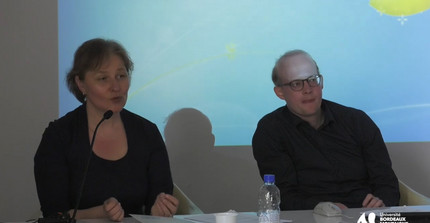 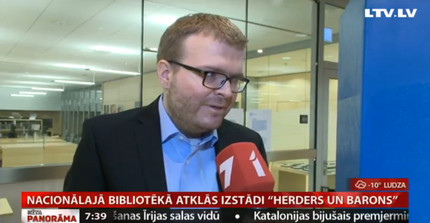 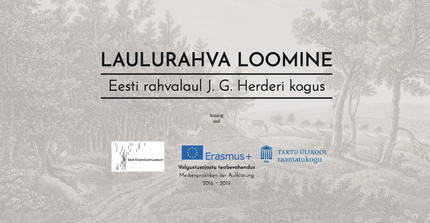