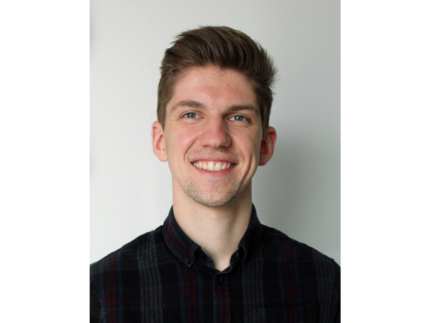 Lukas Thiele started his work in the group of Prof. Julia Fleischer (Chair in German Politics and Government) in December 2021.

Social media platforms have become a central arena for political election campaigns. Parties and candidates do not only directly publish contents on their own accounts, but also use political advertisement to reach potential voters. Political advertisement on social media allows parties to tailor their campaigns to individual user interests by employing data-driven targeting strategies, which raises substantive questions about the potential of these ad campaigns to influence more voters directly, but also causes serious concerns about data privacy, transparency and the effects of these ad campaigns on the democratic public discourse. However, there is a substantive research gap regarding the dynamics of ad campaign strategies by political parties on social media platforms, primarily caused by a lack of transparency in online advertisement. Political ad libraries were established as a response by Facebook and other social media companies to the Cambridge Analytica scandal connected to the US election 2016. They provide a relatively new data source for retrieving information about political ads published by parties and other political actors on social media platforms. In the project “Electoral campaigning online: A novel large-scale (ad) data approach”, we use the Facebook Ad Library API to analyze ad campaign strategies by political parties in Germany. We collect data on political ads on a daily basis for the German federal election 2021 and five state-level elections taking place in 2021 and 2022.

The project focuses on the contents of ads and aims to show how parties employ different strategies in relation to political issues they prioritize and the degree of personalization of their ad campaigns. Moreover, we are interested in temporal dynamics of these campaigns and in patterns of co-dependence in ads (e.g. one party triggering an issue that other parties respond to and/or requesting direct responses by them within ads). For the analysis of ad contents, we use a Bayesian language model to allocate social media ads to specific topic categories, enabling us to perform quantitative text analysis at a larger scale than previous studies.

The project aims to provide insights into the dynamics of social media campaigns and contributes to a better understanding of the (potentially) special characteristics of these campaigns compared to traditional campaign instruments like TV ads or campaign posters. By focusing on the content of political ads and analyzing them on the basis of established theories of party competition and political communication, the study also aims to counter the lack of theoretical foundation associated with research on social media campaigning. Lastly, we aim to contribute to methodological debates about the potentials and drawbacks of applying text-as-data approaches to content from ad libraries to analyze online political campaigns.