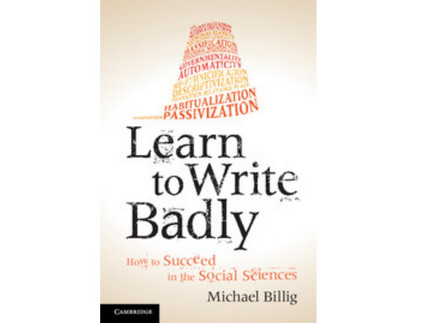 Michael Billig describes the relationship between the working conditions of academic social scientists and the linguistic nature of their output. He believes the commercial culture of academic work leads to increased competition and subsequently to the need of self-promotion alongside gross and hasty production of texts. More ...