This project considers sources of variability in speech deriving from two domains: the motor system and language-particular linguistic structure. In our empirical domain of interest, phonological and specifically syllabic organization, we wish to assess what aspects (and how much) of the observed variability derives from one or the other source. Dancing offers an apt metaphor: some properties of any given dance must be due to properties of the motor system governing limb movements; others must be due to the culture-specific mode of dancing. A set of results that have been demonstrated in our phase 1 is as follows.

Syllabic organization is expressed in terms of relational properties among phonetic parameters, rather than in terms of some privileged parameter or ranges of values of individual parameters as has been assumed in prior work. This thesis has been developed on the basis of electromagnetic articulometry studies of German and Spanish syllable structure. In these studies, we have shown, first, that there are cases where the fixed parameters hypothesized in prior work to be indicative of syllabic organization fail to show the expected pattern, and, second, that different syllabic organizations exhibit different relations among phonetic parameters.

We argued in Phase 1 that variability is absolutely crucial in the diagnosis of phonological organization (syllabic structure) because it is only when individual parameters (are allowed to) vary that their relations can be discerned in the data. We have demonstrated this by our electromagnetic articulometry studies on German and specifically by showing that the presence of prosodic modifications in a sequence of segments (over which syllabic organization is assessed) enables a better diagnosis of syllabic organization. In contrast to prior work which has not always found evidence for syllabic organization in speech production data, we have shown that clear evidence for complex onset organization can be found in both German (and Spanish) syllable onsets when this relational perspective among phonetic parameters is pursued.

Finally, we investigated the validity of the two most well-known laws in movement science, Fitts’ law and the speed curvature law, in speech movements or repetitive syllables (of German and English talkers), under a much wider range of speech rate conditions than has been pursued in previous work. Using improved methods for extracting the relevant variables from the speech movement data, we have found stronger evidence for these laws than has been assumed so far. We have also begun to explore the dynamical organization underlying the control of speech movements in repetitive syllables, with results indicating that the control regime for the same sequence of phonemes may not be unique across speakers and rates. 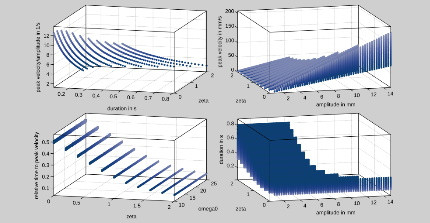 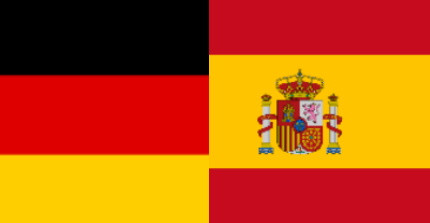 Temporal stability patterns of stop-liquid and stop-rhotic clusters in Spanish.