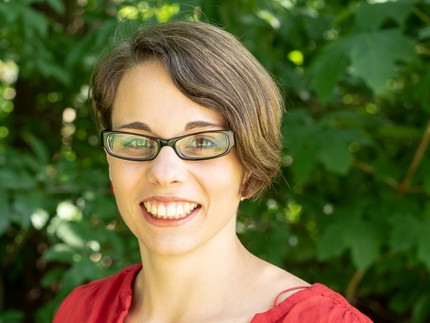 Ann-Kathrin Rothermel is research associate at the Chair since 2016. She offers seminars in the areas of security politics and feminist research in International Relations. In 2017-18, she participated in the Potsdam Graduate School's Junior Teaching Professional Training and was awarded the certificate Hochschullehre Brandenburg.

During her Bachelors in Political Science at the Free University Berlin she has lived and worked abroad, among others in Russia and Central Asia, where she investigated the gap between local and global conceptions of civil society. She holds a Master Degree of the London School of Economics and Political Science (LSE) in Global Politics and Global Civil Society.

In 2015 and 16, she worked at the NGO Branch of the UN-Secretariat in New York City.

Her research interests include global politics and governance, Critical Theories and Critical Security Studies in IR, as well as globalization, global development cooperation, civil society research and gender studies. In her PhD project she studies the 'contestedness' of discourses and practices in transnational Countering Violent Extremism programs as new forms of counter-terrorism. She also researches collective identities and movement dynamics in anti-feminist and misogynistic online groups and has been a fellow at the Insitute for Research on Male Supremacism (IRMS) since 2019