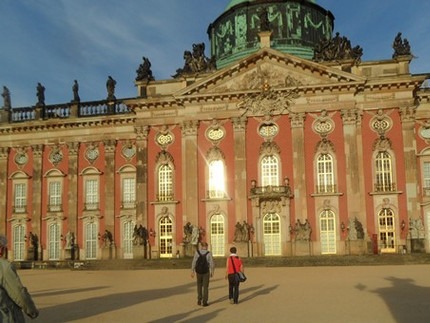 In non-formal linguistics, the terms ‛competence’, ‛function’ and ‛variation’ have found considerable further development and diversification in recent decades. Some approaches can be traced back to Eugenio Coseriu (1921-2002), but however connect his theoretical sketches with empirical studies and provide links to other explanations of linguistic competence, theories of functional linguistics and models of variational linguistics.

In recent years, four international conferences have taken place that were dedicated to the language-theoretical legacy of Eugenio Coseriu: 2007 in Aix-en-Provence (France), 2009 in Cluj (Romania), 2011 in Almería (Spain) and 2013 in Udine (Italy). We not only take up the concerns of these conferences, but rather want to stimulate the discussion on the present research in the field of the concepts ‛competence’, ‛function’ and ‛variation’.

The term competence not only includes the knowledge of the system of a single language, but in addition to this idiomatic knowledge also the general-linguistic, elocutional knowledge and the expressive knowledge of discourse competence. Inspired by generative theory, Coseriu coined the term competence, which is essential in linguistics of parole. Linguistic knowledge was defined by Coseriu in the Leibnizian sense as cognitio clara distincta inadaequata, i.e. it explained the object of knowledge not as reflective, but as clear and identifying the object distinctly. Is this explanation valid in view of the present state of research on linguistic competence and how can the procedural character of language competence be explained? Even the discourse traditions which turned into historical norms passed down by tradition are acquired and passed on as part of linguistic competence. What explanatory potential can be attributed to discourse traditions? To what extent are they recognizable as more or less uniform phenomenon in different languages?

With his model of diatopic, diastratic, diaphasic and diachronic variation, Coseriu created a starting point for variation-linguistic research, which was widely taken up and developed further. In particular, with the assumption of transitional forms between oral and written language and language of nearness and distance, distinct forms, but intertwining as gradata, the possibilities of a differentiated analysis of linguistic variation increase. At the object level, language variation and language change are identical when they are seen as consequence of the historicity of natural languages. On the observational level, linguistic change appears to be a prerequisite for language variation or variation as a condition for future change. What developments in language historiography take into account a merging of the object and the observational level? If an idiolect comprises several functional languages, is this variation competence then comparable to the command of several languages? How can the linguistic competence of a multilingual individual be explained? How can linguistic variation be described in language contact situations?

We are looking for contributions that provide theoretically based answers to some of these and additional questions, which can also be empirically founded. Our objective is not primarily an exegesis of Coserius’ texts, but rather productive further developments of a linguistics that is competence-oriented, functional and takes linguistic variation into consideration.

Campus at the New Palace of the University of Potsdam.

The working languages of the Congress are German, English and Romance languages.