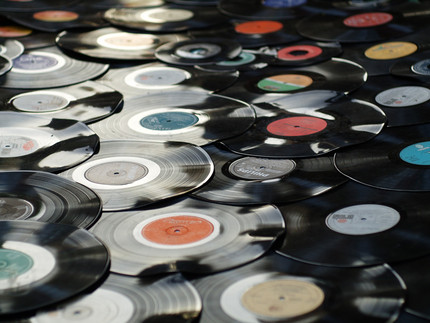 All across the Soviet Union, from Belarus to Central Asia, from Moscow to Georgia, the VIA phenomenon (Vokal'no-instrumental'nyi ansambl') played a central role in Soviet popular music and culture. The label VIA applied to acts which were quite distinct from other musical genres and subcultures (bards, punk, rock and jazz) and was invented by the Soviet authorities in the early 1960s in order to counter the growing influence of Western pop music in the empire. From this date onwards until the end of the Soviet Union, a number of well-known popular musicians entered the scene and made a lasting impression on the Soviet and post-Soviet collective memory. Bands like Ariėl', Pesniary, Gunesh, Vesëlye rebiata, Orera, Siabry, Zemliane and Golubye Gitary blended different musical styles and genres like pop, beat, rock, jazz, synth-pop, progressive rock and electronic music; with catchy melodies, a good dose of experimentalism and a solid technique, and managed to gain popularity while maintaining high production and recording standards.

It was in the Brezhnev era, the so-called epoch of 'stagnation', that the VIAs flourished. By performing at festivals across the Soviet Union and abroad, on steamers and on State television, the VIAs became a genuine late-soviet musical phenomenon which went beyond a simple adaptation or 'indigenization' of Western musical, aesthetical and lyrical devices. Furthermore, their apparently 'unpolitical' attitude, their enigmatic lyrics and their hybrid musical structures cannot be grasped and explained in terms of binary socialism's (Alexei Yurchak) dichotomic logic of official vs. underground which has been prevailing among scholars studying Soviet popular music and culture for many years. Our conference follows recent reconsiderations of late Soviet culture by applying a material-based approach on previously neglected aspects of officially available late Soviet pop-culture.

While focusing on subcultures like Grazhdanskaia Oborona's punk or on the so-called russkii rok of DDT,Nautilus Pompilius and Mashina Vremeni, the radar of scholarship has failed to detect the musical, aesthetical and poetical peculiarities of the VIA phenomenon, implicitly or explicitly regarding it as mere entertainment and mimesis of Western popular music. However, a closer look at the VIAs reveals a plethora of relevant aspects reflecting the characteristics of late Soviet popular culture and allows us to question the notion of that epoch as a period of (cultural and musical) 'stagnation'.

It can also complement approaches focusing on musical activities in the capitals of Moscow and St. Petersburg with a perspective deriving from the provinces and the peripheries of empire. The aim of this conference is to direct the spotlight onto this uninvestigated field for the first time and establish the VIA phenomenon as a subject of interdisciplinary scholarship.

We invite scholars of Russian and Post-Soviet culture, musicologists, historians, sociologists and philologists to investigate the VIAs from their respective point of view, topics including but not limited to:

Abstracts (max. 400 words) are welcome until October 30th, 2019. Each presentation should last 20 minutes and will be followed by 10 minutes for discussion. The working language is English. In exceptional cases, participants can deliver a paper in Russian.