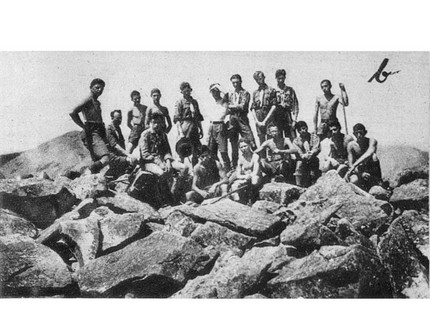 What did it mean to be a Jew and a man in interwar Poland? How was Jewish masculinity negotiated and performed, what values and attributes did Polish Jews define as “male values” and how did they construct models which validated their manliness? This research project explores the evolution of Polish-Jewish masculinities between 1918 and 1939.

As in the 1920s and 1930s Polish Jewish lives transformed in multiple directions, also Jewish masculinities continued to evolve. Tradition and religion were losing their monopoly over the Jewish souls in Poland and Jewish men faced a need to re-conceptualize who they were and who they aspired to be. Polish-Jewish masculinities were defined by age, socio-economic status, level of religiosity, place of residence, patters of exchange with the non-Jewish surrounding, character of familial relations and by how non-Jews and the state perceived Jewish men. I am interested in how Jewish masculinities were defined in the context of changing womanhood and in the context of Polish gentile manhood.

The areas which I will explore include diverse male spaces within the fractured Polish-Jewish society: yeshivot and beis midrashim, army, youth movements, sport clubs or university associations. In order to illustrate the process of defining Jewish manhood in Poland I analyze memoirs and biographies of Jewish men, explore press discourses, programs and activities of youth movements, pedagogy books concerning adolescent Jewish boys, reports of Jewish students associations, Polish non-Jewish sources concerning Jewish presence in the army, sports and business. In that sense I argue that Jewish masculinity has been performative, contextual and relational.