The DFG Research Group ‘Military Cultures of Violence’ aims to fill an important gap in both scholarship on military history and research on violence: the introduction of the concept of ‘military cultures of violence’ is designed to allow for the systematic description and explanation of sometimes very divergent acts of violence on the part of regular European armed forces that were viewed in contemporary assessments as illegitimate. Such acts are already documented in numerous individual studies, though as yet neither on this chronological and geographical scale nor as part of a wider collaborative and comparative project. ‘Military cultures of violence’ are defined as the violent practices proceeding from members of a collective military agent of violence belonging to a state or a state-like entity, and the associated interpretative ascriptions and discourses.

The research group investigates in which ways and to what extent specific military cultures of violence developed in the regular armies of the European great powers from the early modern period to the end of the Second World War. In the framework of the sub-projects, an attempt will be made to identify in synchronous and diachronic studies the military cultures of violence subjected to continual transformation, map out their determining factors, and classify their significance and their explanatory value for military acts of violence on the part of the respective regular agents of violence. The focus of scholarly interest here is physical violence regarded by contemporaries as illegitimate in times of both war and peace, for which reason the question of the changing yardsticks of legitimacy and illegitimacy of violence and conditions for their transformation will be repeatedly posed.

The research group involves nine scholars from the universities of Potsdam, Göttingen and Bochum, as well as from Freie Universität Berlin, Humboldt-Universität zu Berlin and the the Leibniz Centre for Contemporary History (ZZF) in Potsdam. The cooperation partner is the the Centre for Military History and Social Sciences of the Bundeswehr (ZMSBw). 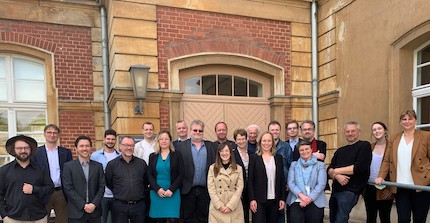