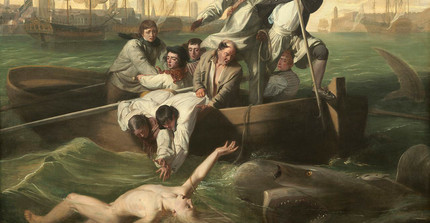 Strangers Nowhere in the World? Legacies of Early Modern Cosmopolitanism

According to its ironic opening paragraph, Immanuel Kant’s cosmopolitan project in Zum ewigen Frieden (1795) took its title, not in fact from optimistic hopes for a world without wars, but from a tavern sign depicting a graveyard. Kant’s tavern sign not only pointed to human finitude as an anthropological universal, but also acknowledged some skepticism towards the “sweet dreams” of enlightened philosophers in a war-torn world—dreams that had recently come to a sudden end, for instance, when members of the international group honored by the French Assembly as cosmopolitan “benefactors of humanity” in 1792 had been imprisoned and executed during the Reign of Terror.

The lecture series is designed to illuminate the tensions within and among early modern approaches to a cosmopolitanism whose ambivalent legacies decisively shaped the revolutionary period and in part remain with us today. Papers will examine a variety of discourses and practices, uncovering heterogeneous modes of coming to terms with the increasing mobility of persons, goods, and ideas in early modernity. They will focus both on cosmopolitan elites composed of travelers, merchants, missionaries, masons, diplomats, and army officers and on less conspicuous forms of cosmopolitanism among sailors, slaves, trappers, migrants, and refugees.